Join us for a webinar!

The Federation of Information Processing Systems (FIPS) 140-3 is the latest revision and version of the internationally acclaimed FIPS 140-2 standard.

In this webinar, we offer to overview this major update in the light of FIPS 140-3 and dive deeper into discovering the various side channel analyses such as Simple/Differential Power/Electro-Magnetic Analysis, etc. in the context of ISO/IEC 17825.
The ISO/IEC 17825 being itself undergoing an update, we will we also look at the new changes that might get included in the new version.
We will also closely understand the implications of these revisions, with respect to ISO/IEC 19790 and ISO/IEC 17825, in security evaluation and conformity to FIPS 140-3 for reaching the aforementioned security levels 3 and 4 in the interest of both the developer and the tester/evaluator. 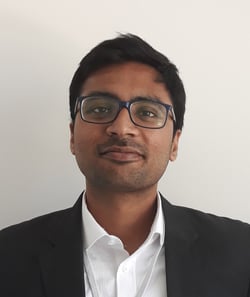 Ritu-Ranjan graduated in Computer Science and Engineering (CSE) in 2014 and got a Master of Technology (M. Tech) in CSE from National Institute of Technology Meghalaya, India in 2016.
His research interests include embedded systems and their security, cybersecurity, machine learning, artificial intelligence, cryptography, side-channel analysis, quantum computing, and emerging technologies.